Learn the skills you need to level-up your career

Get practical career advice and interview tips to help you move forward and achieve your career goals.

Lets Talk Race over a LATTE 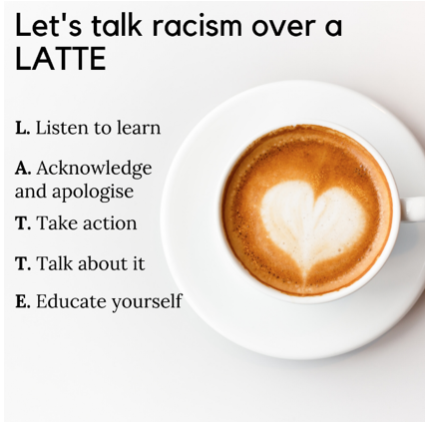 Are you scared of being called out for being racist? Pull up a chair and have a LATTE   Recently, I held the co-founders of an organisation accountable for racially insensitive emails I had received from one of their employees. I agonised over raising the issue with them, partly because it's an emotionally draining conversation to have and secondly, historically, it rarely resolves in my voice being heard let alone action being taken. However, one of the commitments I made to myself, in the aftermath of the Amy Cooper incident and
Read More
Tweets by AritEminue

🙋🏾‍♀️🙋🏼‍♀️I help women build careers they love either through employment, entrepreneurship or a mix of both.
🏢Founder of @diva_apprenticeships

Thinking about starting a business but not sure wh

I love a riddle and I love Friday's! Pop your an

We've all been there - a colleague or client asks

We're not meant to think the same, and that's ok.

Let's end the week on a high with career advice fr

So proud to be part of the @bpi_music Equality & J

Thankfully, success is no respecter of person. Any

Build yourself a new path. Career advice from in

This quote is so messed up yet so true. To my br

‘You can read as many books as you like, but if

Social media has its pros, AND it can also be toxi

If you are struggling with your mental health due

Hey! Your girl’s featured in @stylistmagazine to

"I was so happy to find your YouTube channel because, for the first time, I've been able to connect with a resource that gives the best advice and examples for job hunting. Keep the videos coming!"  - Sharon

I’m not a fan of daily emails that offer little value therefore you will only hear from me when I have useful info that you may enjoy too.  No spam. No selling of data. You can unsubscribe anytime you want.

Any cookies that may not be particularly necessary for the website to function and is used specifically to collect user personal data via analytics, ads, other embedded contents are termed as non-necessary cookies. It is mandatory to procure user consent prior to running these cookies on your website.